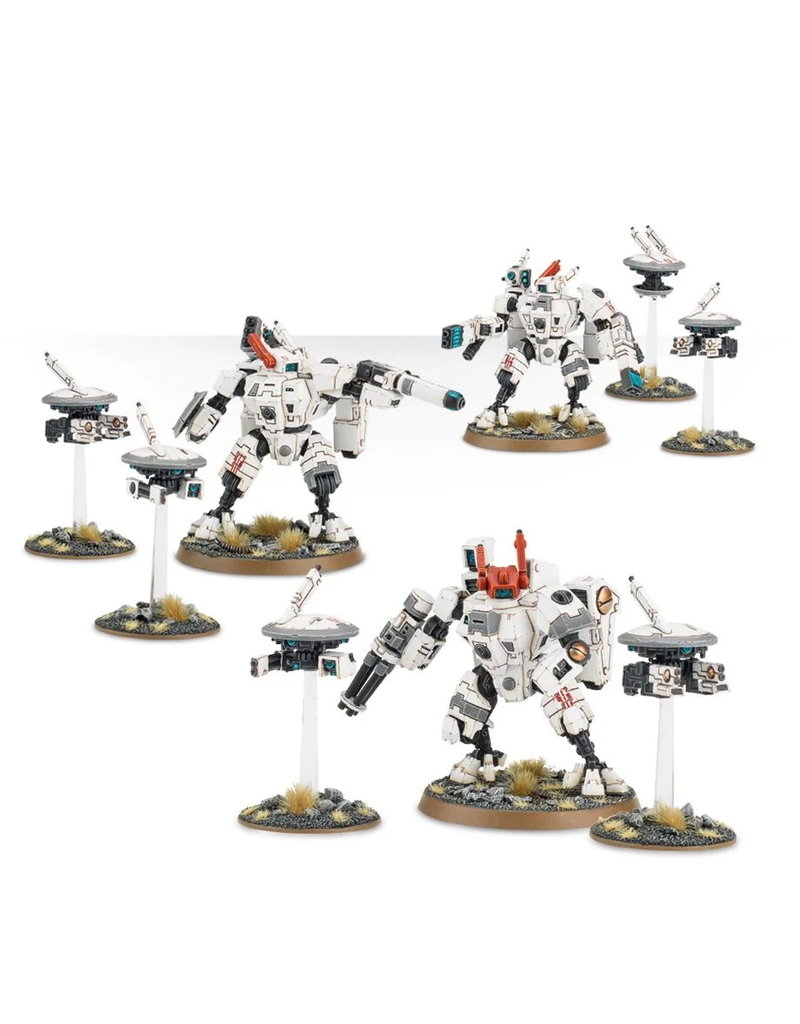 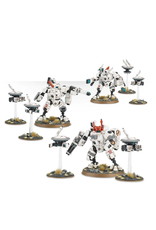 An iconic rendering of T'au technological progress and ingenuity, the XV8 Crisis Battlesuit is a thing of joy to behold in battle - unless you're its target. Skimming along on the jets of their repulsor engines, Crisis Battlesuits close on their enemy with surprising speed, unloading their diverse weaponry and leaping away in a split second. Only the best T'au warriors are allowed to pilot these machines, spending years on the front line before even being considered for this honor. Able to be dropped from a planet's upper atmosphere, slamming into ranks of enemies like a tidal wave, the XV8 Crisis Battlesuit is the ultimate balance of firepower, speed and resilience.

This multi-part plastic kit contains everything needed to build three XV8 Crisis Battlesuits, with six accompanying drones. There's an impressive level of customization available, with ball fittings allowing unprecedented posability. One miniature can be optionally assembled as a Shas'vre, with special head and chest plate, and there's a prodigious amount of advanced T'au weaponry in the box: four plasma rifles, three flamers, four fusion blasters, four burst cannons, three missile pods and three shield generators. The accompanying drones have options for gun, shield or marker variants, and you can build a total of six drones, with up to three of any one type. The kit also includes an assortment of battlesuit electronics systems. One model in the kit can even be built as the new, experimental Iridium-class XV8-02 Crisis Battlesuit - distinguishable by its thicker armor and aggressive appearance. Huge variety!