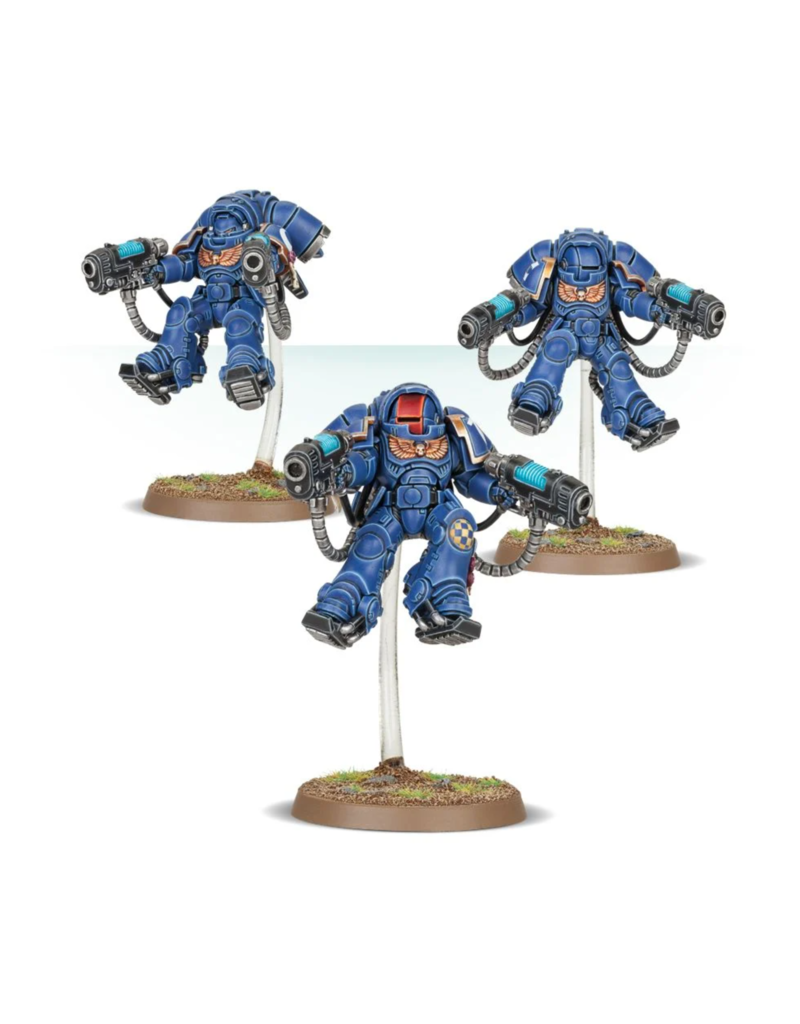 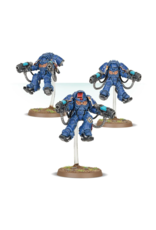 The swiftest of the Primaris battle-brothers, Inceptors fill the role of spearhead troops. They hit the enemy in one sudden and overwhelming blow, leaving them reeling as follow-up waves of Space Marines drive home the attack. Equipped with jump packs and reinforced armor, Inceptors can be dropped from the very edge of a planet’s atmospheric envelope, weaving and twisting through the skies before slamming down into the enemy’s midst.

This multi-part plastic kit contains the components necessary to assemble a set of 3 Primaris Inceptors. Clad in Mk X power armor featuring a bulky jump pack – thrust-vectoring rocket engines mounted on the Space Marine’s back, enabling fast, bounding leaps to close on the foe at dizzying speed – they present a unique, easily recognizable silhouette. The jump pack itself and the blast shield cowl that protects the Inceptors’ heads from the immense heat of the pack’s rockets dominate the miniature, with posable fins, shock-absorbing devices attached to the boots and extra cabling and vents unique to this kit. The Inceptors can be armed with either 2 plasma exterminators each or 2 assault bolters each – the plasma exterminators are heavily shielded to provide protection against heat discharge and the assault bolters feature distinctive box magazines.

5 helmets are included, designed to be used with the blast shield cowl – no bare heads here, obviously! 3 blast shield helms are included and 4 purity seals – this includes 1 double seal used to distinguish the Sergeant.

The Primaris Inceptors come as 117 components, and are supplied with 3 Citadel 40mm Round bases, 3 45mm flying stems and an Ultramarines Infantry Transfer Sheet.