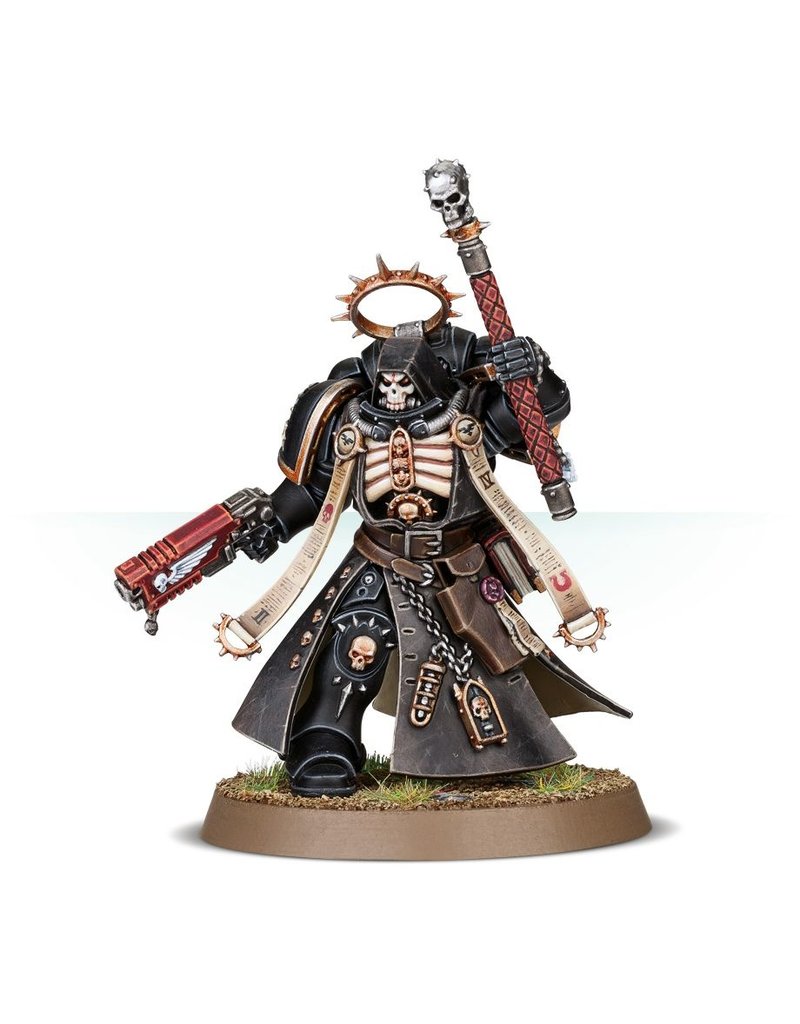 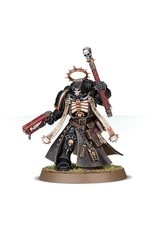 The spiritual leaders of their Chapters, Chaplains are awe-inspiring warrior priests who administer rites, preserve rituals and perform ancient ceremonies of initiation, vindications and redemption that are as important to a Space Marine Chapter as its roll of honor or skill at arms. Every Chapter has its own Chaplain, acting as leader in both devotions and combat and second only to the company Captain in rank.

This multi-part plastic kit contains the parts necessary to assemble a Primaris Chaplain. Wearing iconic jet-black Mk X power armor featuring unique greaves, he fights fiercely using his absolver bolt pistol and crozius arcanum. His hooded cassock lends him an air of sinister intensity, with plenty of spikes, chains, skulls and purity seals dotted all about. His helmet features a skull design and the chestplate of his armor is modified to portray an exposed ribcage – a reminder of the mortality that his enemies face. His backpack has an attached iron halo, whose 12 points aptly represent the High Lords of Terra.

The Primaris Chaplain comes as 12 components, and is supplied with a Citadel 40mm Round base. The kit also includes a Space Marines Character Transfer Sheet, which features Captain, Chaplain, Librarian and Lieutenant iconography.