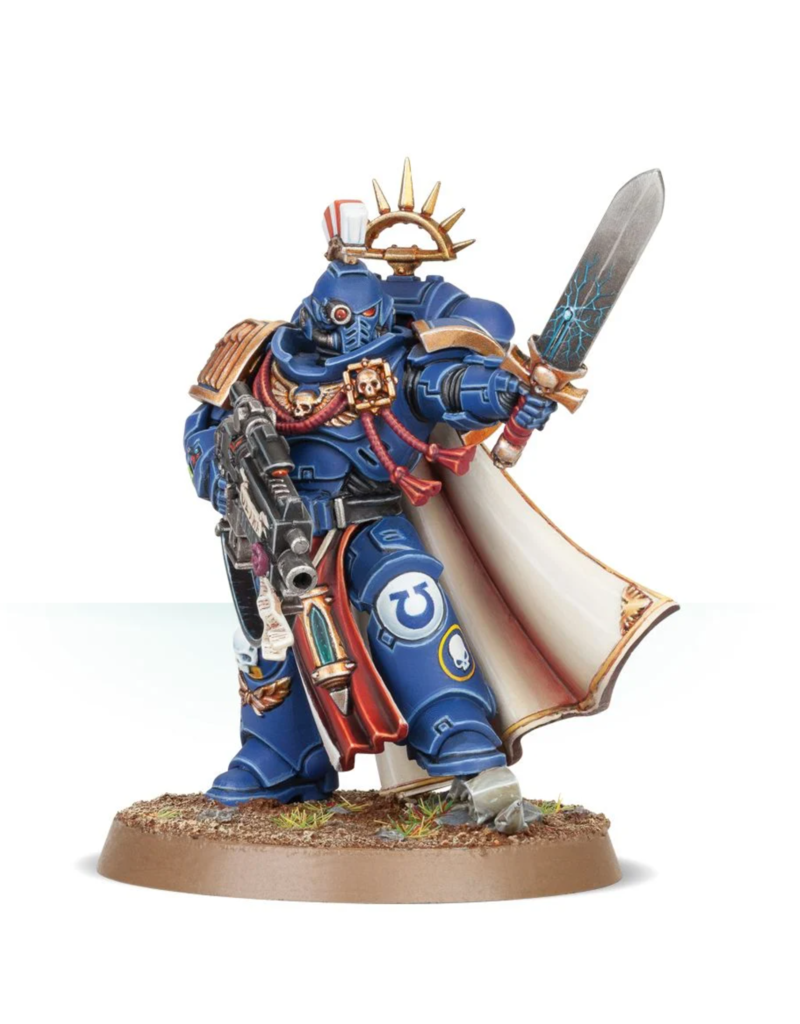 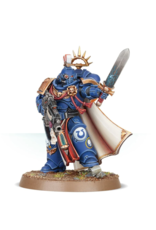 Space Marine Captains are both superlative warriors and strategically gifted commanders who lead Space Marine companies into battle. Those Primaris Captains who favor Mk X Tacticus armor are amongst the most determined and unstoppable of their ilk, and they let nothing keep them from their duty.

This multi-part plastic kit contains the components necessary to assemble a Primaris Captain. His Mk X Tacticus power armor is larger and more powerful than the armor of his predecessors, and he carries in his right hand a choice of master-crafted bolt rifle or master-crafted stalker pattern bolt rifle, with a box magazine and overcharger. His left hand can be modeled wielding a power sword, or pointing out the enemy for his Space Marines to obliterate. His billowing cloak sits under his backpack, above which is an impressive iron halo – adding to this detail is a sculpted Imperial eagle on the right shoulder pad, and sculpted laurels on the leg plates. There is a choice of two different heads – one bare, and the other is helmeted with a targeter over one eye – and his left shoulder pad has been left blank and smooth, meaning your preferred Chapter iconography can be easily added.

The Primaris Captain comes as 21 components, and is supplied with a Citadel 40mm Round base. The kit also includes an Ultramarines-Character Transfer Sheet, which features Captain, Chaplain, Librarian and Lieutenant iconography.