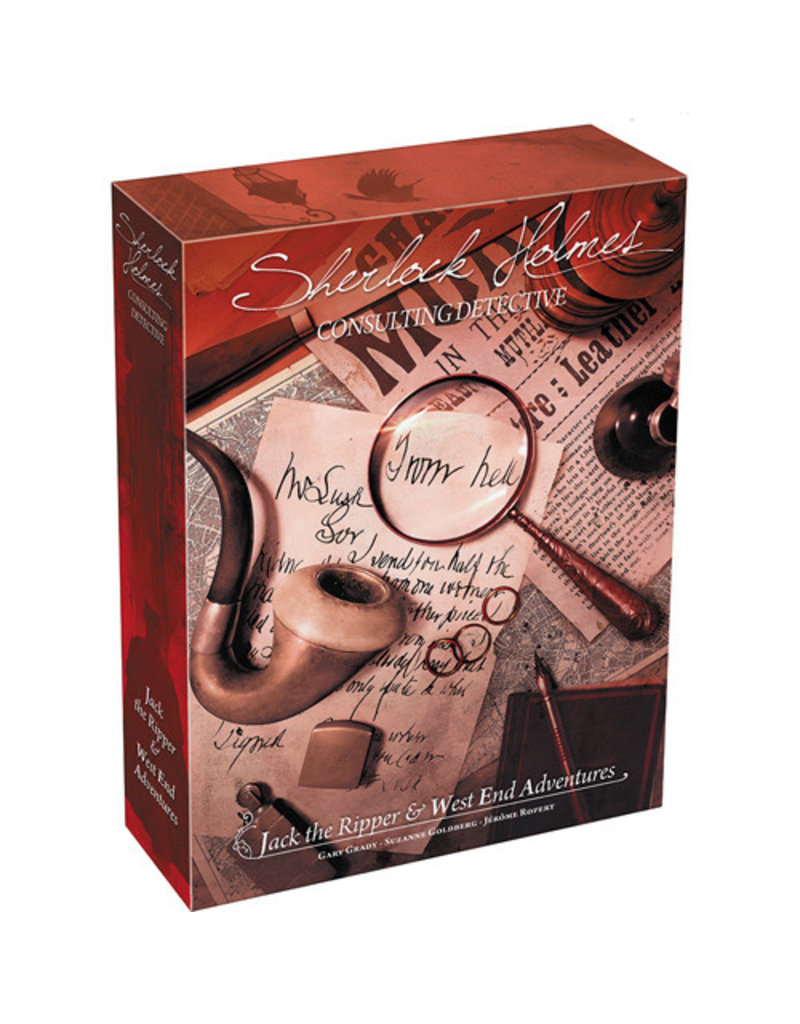 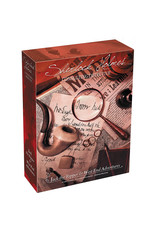 Solve 10 mysteries in Victorian London! Sherlock Holmes Consulting Detective is a cooperative game, where the players try to solve mysterious cases by interviewing suspects, searching newspapers, and walking the streets for clues. Once you have completed your investigation, compare your detective skills to the master sleuth himself, Sherlock Holmes.

Jack the Ripper: Women of dubious virtue have been murdered in the Whitechapel district, and the authorities are on edge. They mysterious killer has been dubbed Jack the Ripper by the newspapers. Will you unmask him before Sherlock Holmes does? Discover four cases playable as a full story.

West End Adventures: The West End district of London is the scene of multiple new cases and Scotland Yard is powerless. Will you be able to help Sherlock Holmes solve these mysteries? Find 6 classic cases, reworked specifically for the new Sherlock Holmes Consulting Detective range.

This game can be played on its own or combined with Sherlock Holmes Consulting Detective for enhanced play.

Add your review
0 stars based on 0 reviews
Add to wishlist / Add to compare / Print
By using our website, you agree to the use of cookies. These cookies help us understand how customers arrive at and use our site and help us make improvements. Hide this message More on cookies »