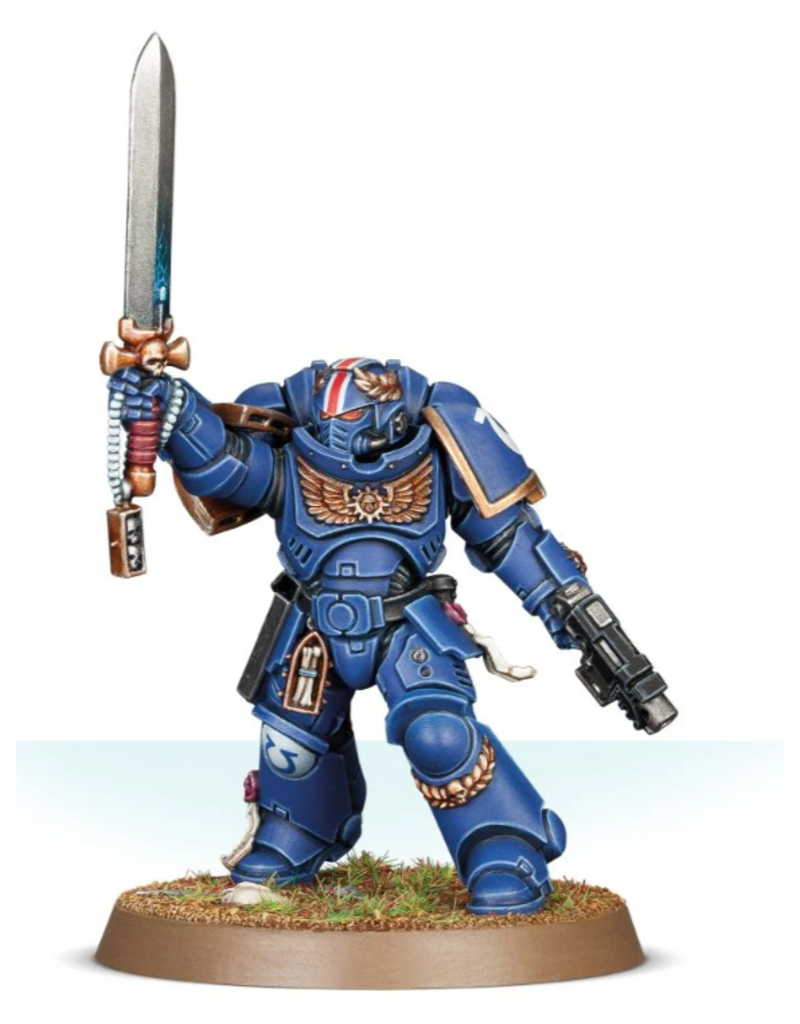 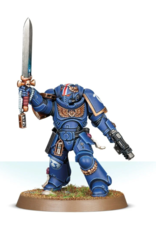 Lieutenants act as the right hands of their Captains by providing tactical flexibility and helping to direct their battle-brothers in war. They are often entrusted with direct battlefield command of a demi-company or strike force; by handling the squad-level combat logistics of force coordination and acting as exemplary leaders, they free up their Captains to focus on the wider strategic picture of the entire war zone.

A Primaris Lieutenant is an HQ choice for any Adeptus Astartes Faction – including Blood Angels, Dark Angels and even the Space Wolves (for whom he fulfills the role of Primaris Battle Leader). He wields a melee-focused combination of power sword and bolt pistol, and his Mark X power armor is adorned with a reliquary and laurel wreaths.

This multipart plastic model comes in 9 components and is supplied with a Citadel 40mm Round Base. You’ll find the full rules for the Primaris Lieutenant in Codex: Space Marines.