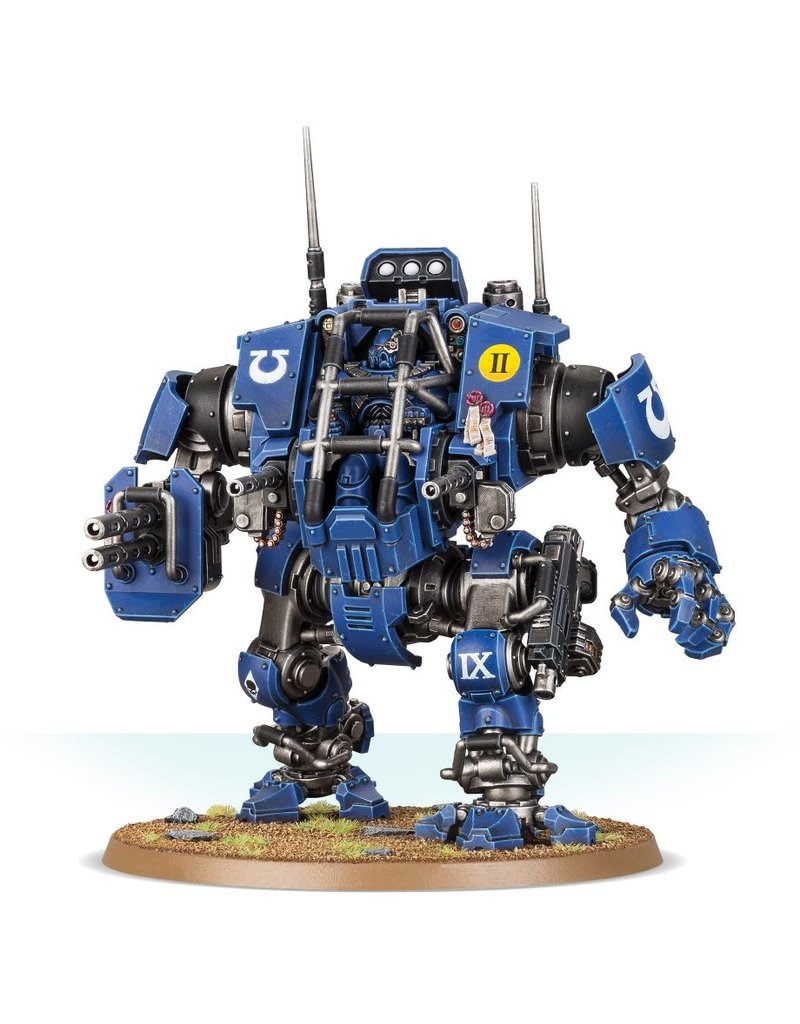 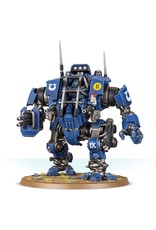 The Invictor Tactical Warsuit is a stripped-back variant on the Redemptor Dreadnought frame. Instead of a revenant hero in a sarcophagus, this combat walker is piloted by a live Primaris Space Marine. They are deployed in every capacity, from armoured escort duties to close-range siege breaking and urban monster-hunts. Still the most iconic role for these walkers is as the armored support for Vanguard Space Marines. Their combination of mid- to close-range firepower, armored resilience and the selfless mindset of the pilot combine to provide exceptional support.

Like many of the Primaris Vanguard units, an Invictor Tactical Warsuit has the ability to deploy in a concealed position outside of your own deployment zone, giving it a unique advantage over any Dreadnought-class vehicle in the Space Marines armory. It has a potent choice of weaponry – if it’s ranged fire support you're after, its twin ironhail autocannon has you covered; if you're looking to engage the enemy up close and personal, it can instead be armed with an incendium cannon. It also carries a heavy bolter that it can wield as a pistol to fire at point-blank range in melee, even as it crushes enemies with its formidable Invictor fist.

This multipart plastic model comes in 116 components and is supplied with a Citadel 90mm Round Base and an Ultramarines Vehicle Transfer Sheet. You'll find the full rules for the Invictor Tactical Warsuit in Codex: Space Marines. The Invictor Tactical Warsuit can also be used in Dark Angels, Space Wolves and Blood Angels armies via a free PDF rules download, available from Warhammer-Community.com.