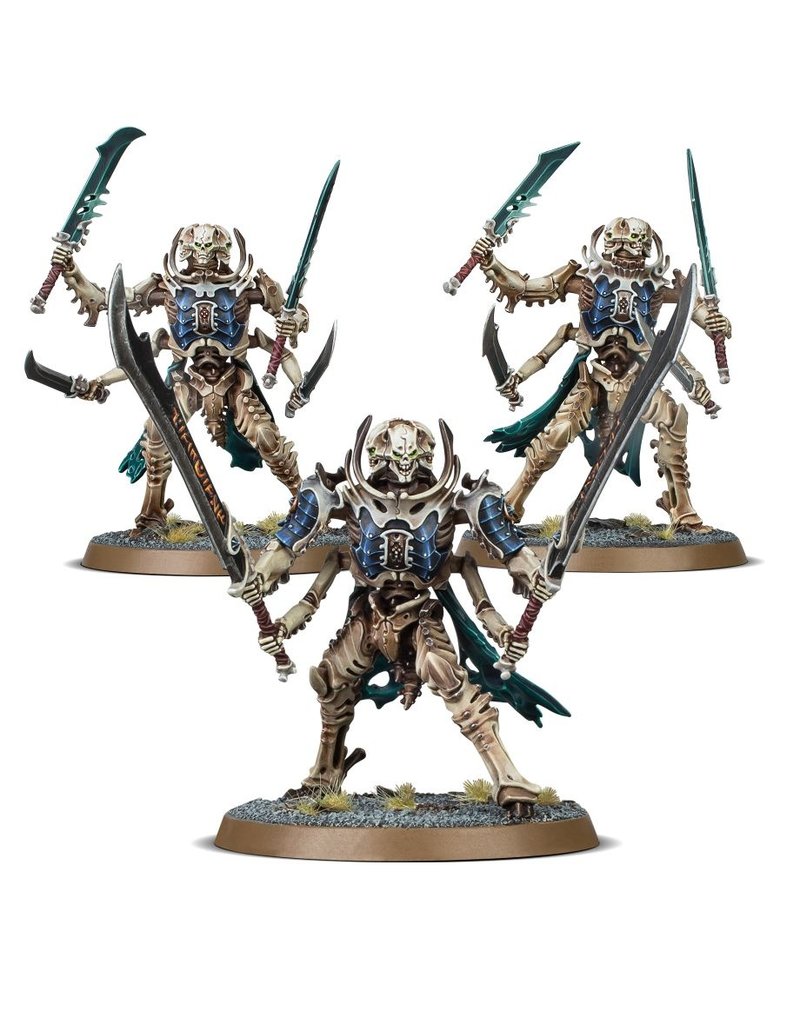 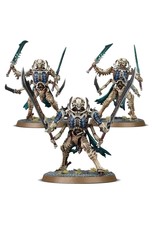 Four-armed horrors that possess the gestalt essence of master duellists, Necropolis talkers leap and spin into battle with terrifying speed, switching stance and form in the blink of an eye as they dismember their foes.

When the Necropolis Stalkers fight they can choose from four aspects – the blade-strike aspect, blade-parry aspect, destroyer aspect or the precision aspect, each of which makes them better at a specific facet of combat. One in every three models can replace their spirit blades with dread falchions, making these duelists even deadlier.

This multipart plastic kit makes 3 Necropolis Stalkers and comes supplied with 3x 50mm Citadel round bases. Alternately, the kit can be assembled as 3 Immortis Guard.