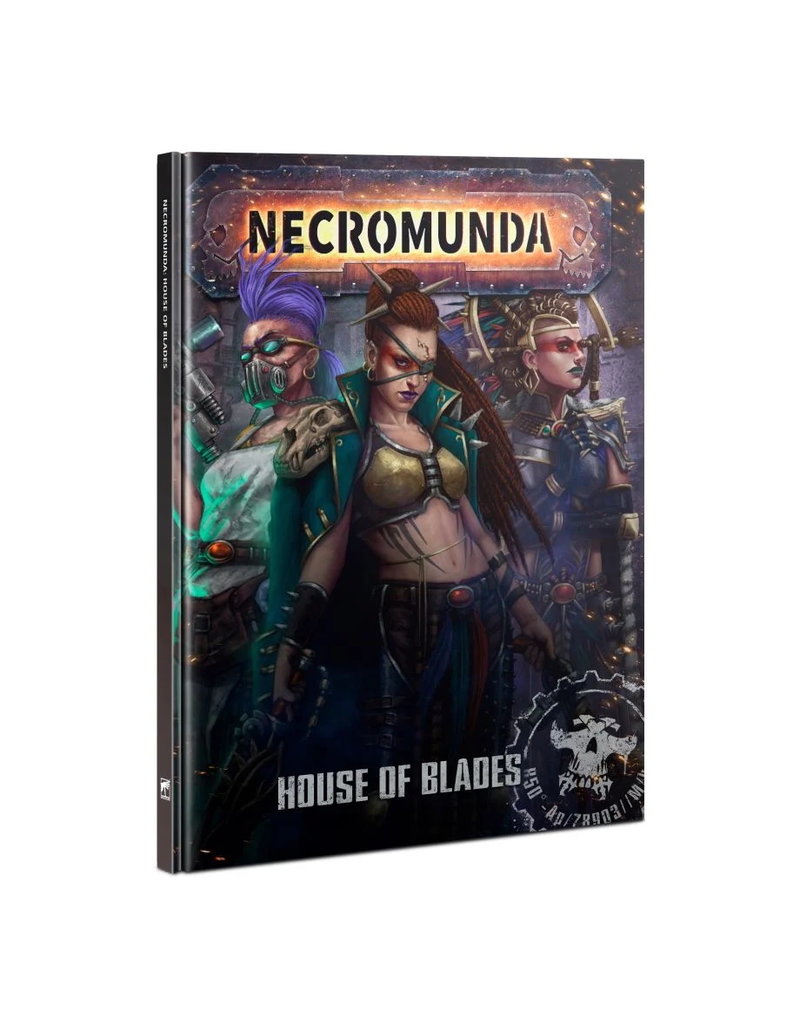 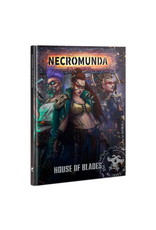 At once ancient and youthful, House Escher has endured far longer than any other Clan House on Necromunda. Since the times of the first Lord Helmawr, they have established their place as a matriarchy built upon a throne of chems and violence. To outsiders, they are cruel and deadly warriors and they do little to disabuse those rumors.

Get the ultimate guide to House Escher. This 128-page hardback book features the definitive history of the House and rules for fielding the six different types of fighters available to House Escher – Queens, Matriarchs, Death-Maidens, Wyld Runners, Sisters, and Little Sisters. It's ideal for fans of House Escher or anyone who wants to delve deeper into the dark side of the underhive.