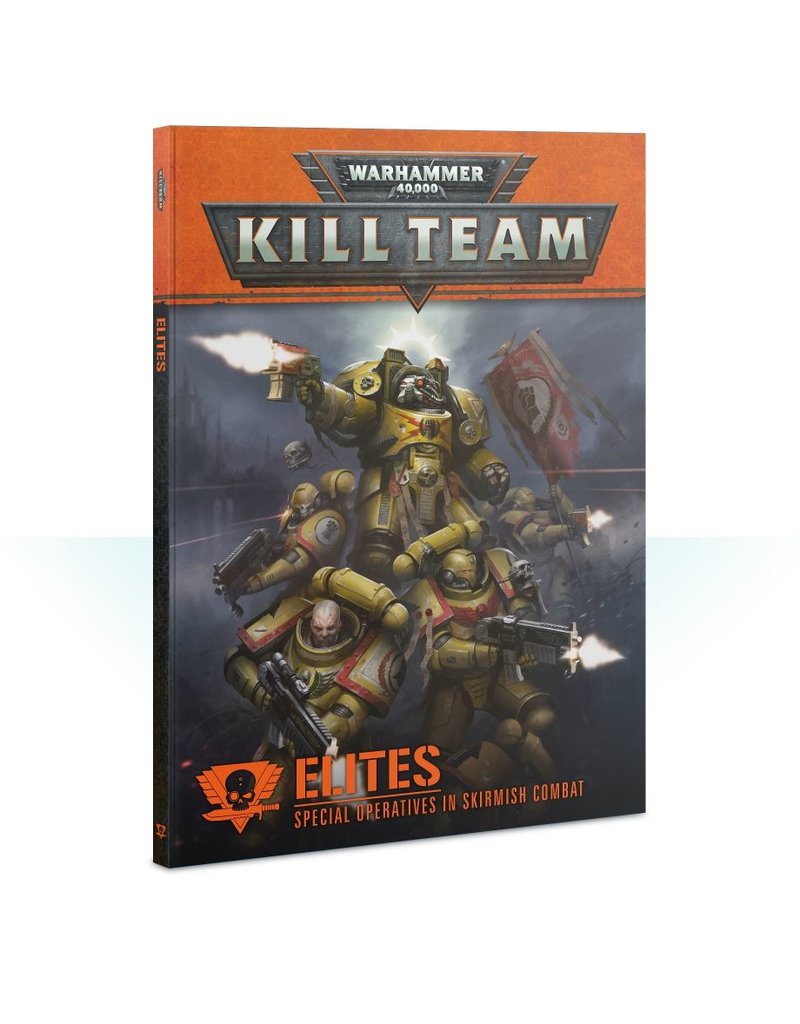 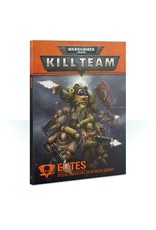 Though kill teams may number only a handful of individuals, they are sent to achieve victory where entire armies cannot. Assassination, sabotage, couriering vital messages through active war zones – these and hundreds of similar missions fall to the kill teams. However, when the stakes are highest and the objectives are most crucial, those teams will comprise the most elite specialists that the warlords of the Warhammer 40,000 galaxy can deploy.

Highly trained stealth agents drive deep into enemy territory, veiled by technology or sorcery. Massively armored Terminators or Ork Meganobz blast their way down foe-packed tunnels to tear the heart from the enemy’s defenses. Towering Custodian Guard form a gilded shield before Imperial commanders and allow none to harm their wards. Asuryani Aspect Warriors launch preemptive raids that will save or damn worlds. Kill Team: Elites allows you to include such paragons of war in your games of Kill Team.

The Kill Team: Elites expansion is a 144-page softback book that includes the following contents:

- 67 new datasheet introducing a host of new Commanders and special operatives, ranging from Space Marines clad in Terminator armor to the deadly Aspect Warriors of the Asuryani – there are even datasheets for a number of unique Commanders such as Illic Nightspear, Boss Snikrot and the legendary Sly Marbo!
- A new faction in the form of the mighty Adeptus Custodes, featuring Custodian Guard, Allarus Custodians and even a Shield-Captain as a Commander
- Sub-faction rules such as Legion Traits, Regimental Doctrines and Drukhari Obsessions as well as thematic Tactics immerse your kill teams ever deeper into the narrative
- Introduces a new Commander Specialism – Legendary Hunter – complete with skill tree and Tactics
- 11 new missions (3 open play, 4 narrative play and 4 matched play)