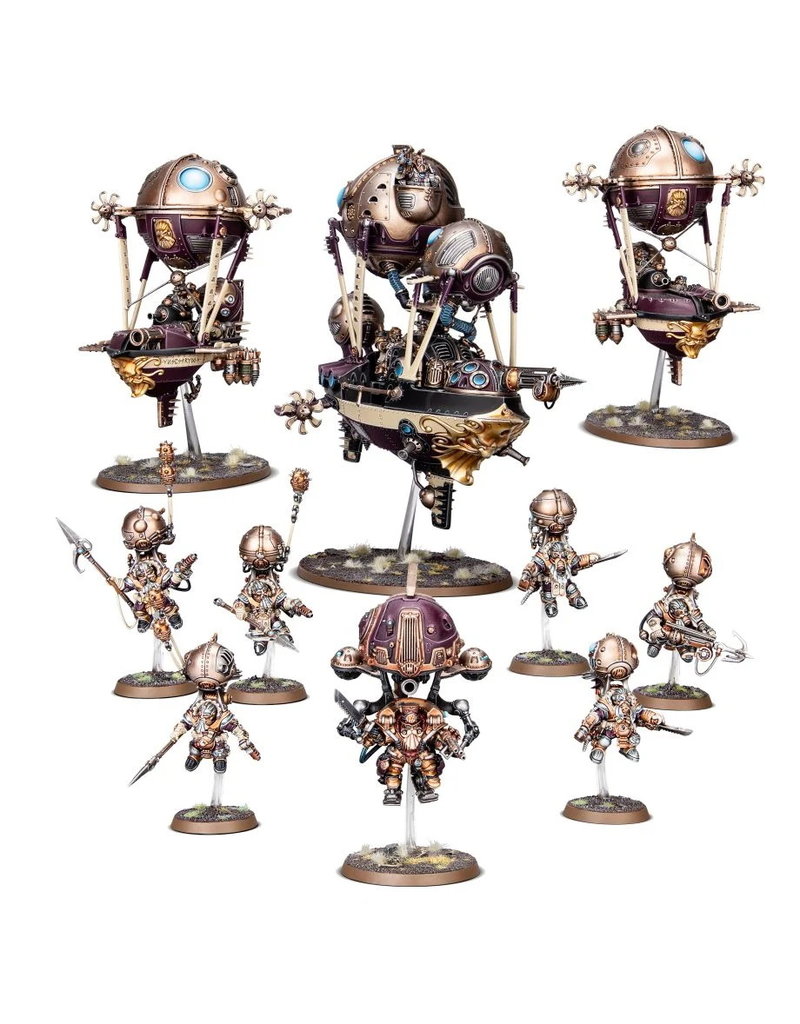 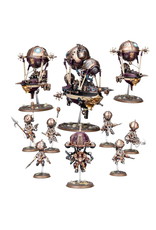 When the sky-port of Barak-Nar goes to war, command of one of its devastating Skyfleets is typically granted to Lord-Magnate Brokk Grungsson – the richest, most cunning, and most heavily armed duardin in the Kharadron Overlords' vast airborne empire. Equipped with a battery's worth of guns and ammunition in his own right, Grungsson often sails into battle alongside a mighty Arkanaut Frigate, a pair of nimble Gunhauler escorts, and a detachment of elite, endrin-clad privateers ready to kill for profit and glory.

The skies of the Mortal Realms are yours with this massive battleforce – a fleet of airborne Kharadron Overlords armed to the gunnels with aethermatic weaponry! This set gives you a fully-flying force that’s mobile, deadly on the battlefield, and rewarding to build and paint, all for less than you’d pay getting the models separately.