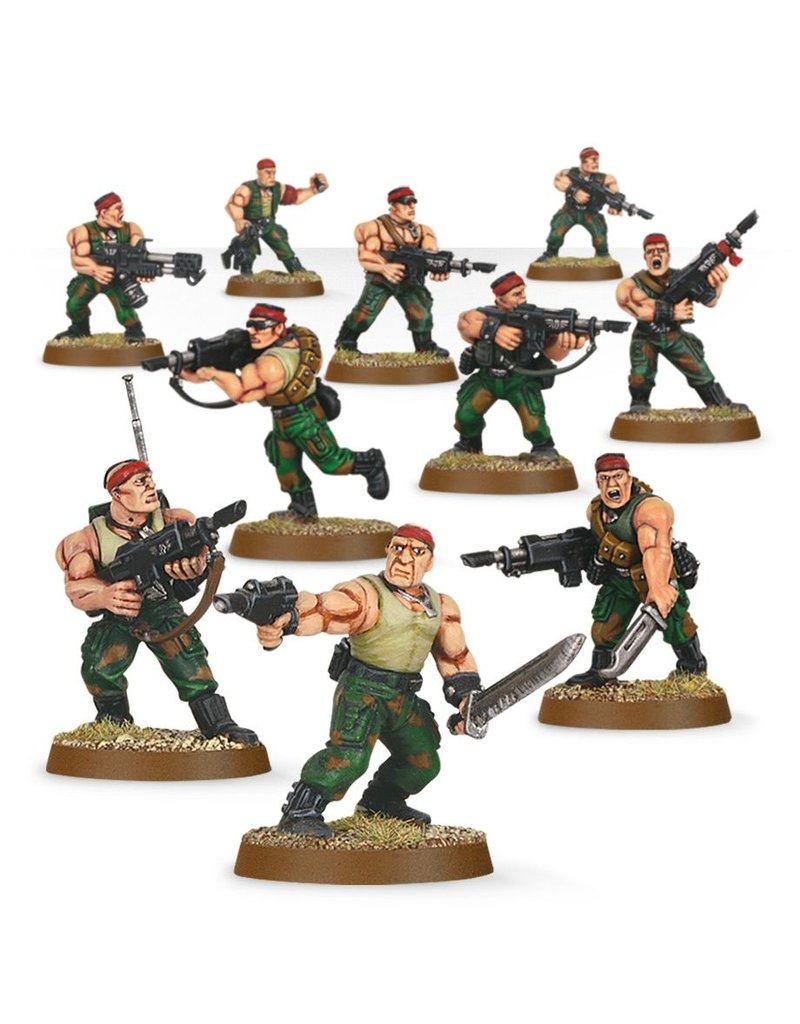 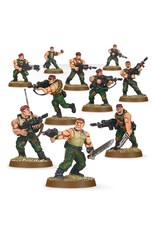 Imperial Guard platoons are made up of several ten-man squads. In the face of the enemy, the serried ranks of the Imperial Guard are trained to stand firm and respond with a steady aim. When sergeants bellow the rank and file obey; backs stiffen and lasguns level with the foe. Opponents charging at Imperial Guard positions must first survive a blazing hail of lasfire, a fusillade that can stem the tide of all but the most determined assault.