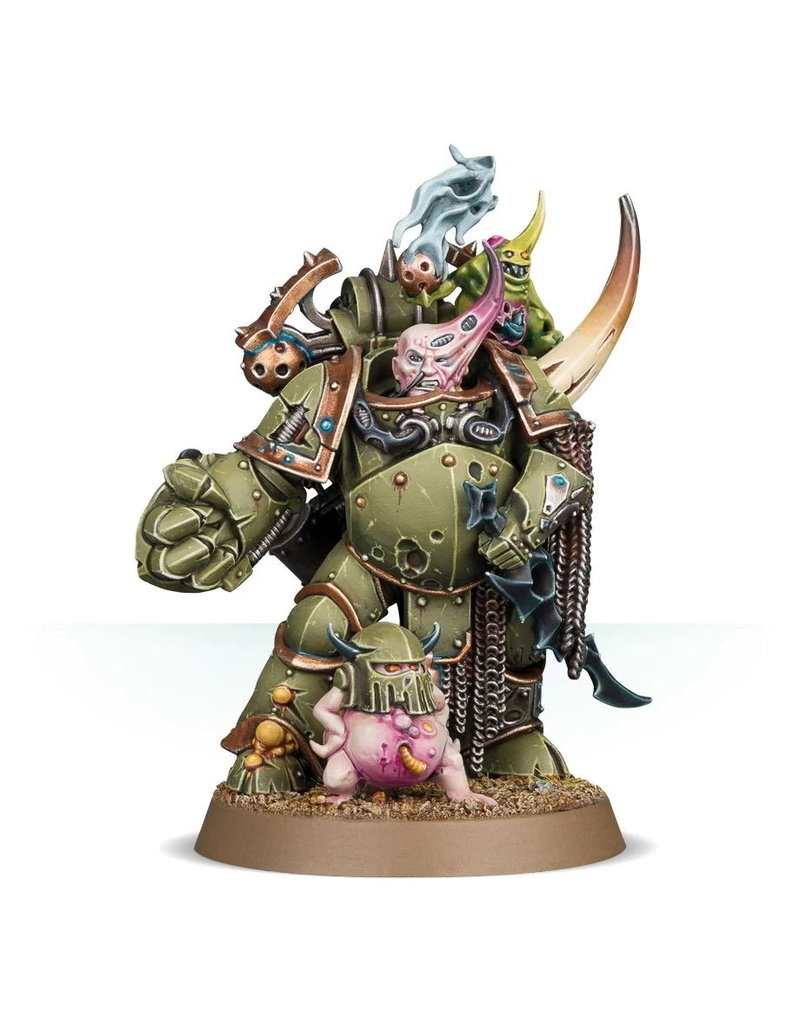 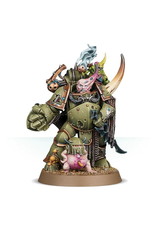 Sworn to Nurgle’s service, Plague Marines have disgusting, rotted bodies that stink of decay. The putrescent slime that oozes from their sores corrodes armor and boils away skin, yet despite their horrific disfigurements they are fearsome warriors indeed. Their rotting brains are inured to the agony of bodily corruption, making them all but immune to the pain or debilitation caused by battle wounds.

This multi-part plastic kit contains the components necessary to assemble a Plague Marine Champion, who can be added to a unit of Plague Marines. Clad in bulging, rusted power armour, he comes with a choice of two variant heads – one helmeted, and one bare (with an unsettlingly large horn growing out of his face…). Befitting his Champion status, he is decked out in chainmail, with a cloak prominently featuring the symbol of Nurgle. He is armed with a plaguesword and power fist, and includes a boltgun which hangs from his backpack. 2 Nurglings are included – one atop his shoulder, clutching a smoking censer, and one optional Nurgling for his base, comically clad in a Death Guard helmet.

This kit comes as 8 components, and is supplied with a Citadel 32mm Round base.