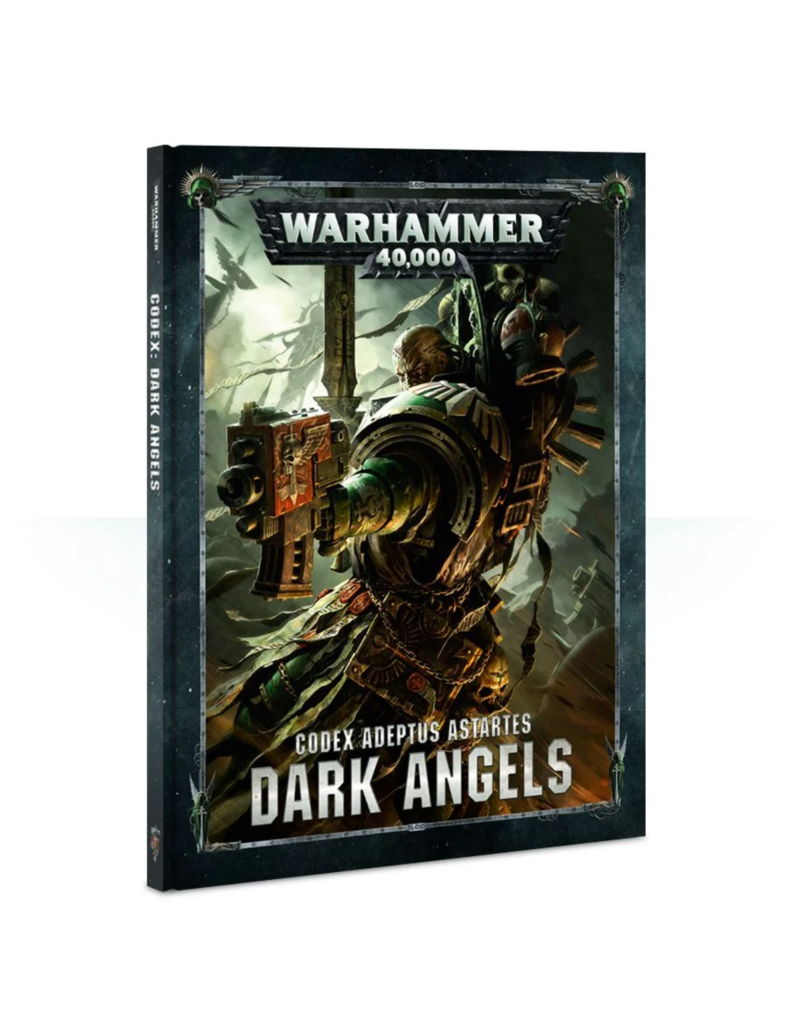 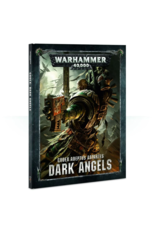 No matter the foe, regardless of the odds, the proud warriors of the Dark Angels stubbornly refuse to accept defeat. Descendants of the First Legion, they stand foremost amongst the Chapters of the Space Marines, Mankind’s mightiest defenders. None fight with more grim determination than the Dark Angels, and their renowned special companies – the Deathwing and the Ravenwing – are held in awe by allies and enemies alike. Yet behind their devotion to the Imperium lies a dark obsession…

Codex: Dark Angels contains a wealth of background and rules – the definitive book for Dark Angels collectors. Within this 144-page hardback, you’ll find: a dark obsession…

- The First Legion: the origins of the Dark Angels – one of the most famously secretive Chapters – their homeworld, and the dark stain on their history that motivates their crusade of vengeance;
- A guide to the Dark Angels’ Chapter organization, with an explanation of their constant, obsessive hunt for the Fallen, along with their heraldries and Chapter markings;
- An overview of the Ravenwing and the Deathwing, specialist companies unique to the Dark Angels;
- Detailed color schemes and heraldries of 8 successor Chapters: Angels of Redemption, Angels of Absolution, Angels of Vengeance, Blades of Vengeance, Consecrators, Disciples of Caliban, Angels of Defiance, and Guardians of the Covenant;
- In the Name of Absolution: a timeline of significant events and battles in the history of the Dark Angels;
- Background and details on each character and unit available to a Dark Angels army;
- A showcase of beautifully-painted Citadel miniatures, with example armies featuring everything from individual images of models to battle scenes on terrain.

Everything you need to get a Dark Angels army primed for games of Warhammer 40,000 is in here:

- 76 datasheets containing rules for every Dark Angels unit and miniature;
- Army abilities reflecting the Dark Angels’ methods of war on the tabletop;
- Armory of the Rock: wargear both ranged and close-combat for use by Dark Angels armies;
- Points values for all miniatures, weapons and wargear for use in Matched Play games;
- Angels of Death: rules for Battle-forged armies, including:
- 6 unique Warlord Traits available for any Dark Angels commander;
- 26 unique Stratagems;
- Relics of Caliban: a selection of 6 rare weapons and artifacts unique to Dark Angels armies;
- Interromancy Discipline: 6 psychic powers available to any Dark Angels model with the Psyker keyword;
- 6 unique Tactical Objectives.