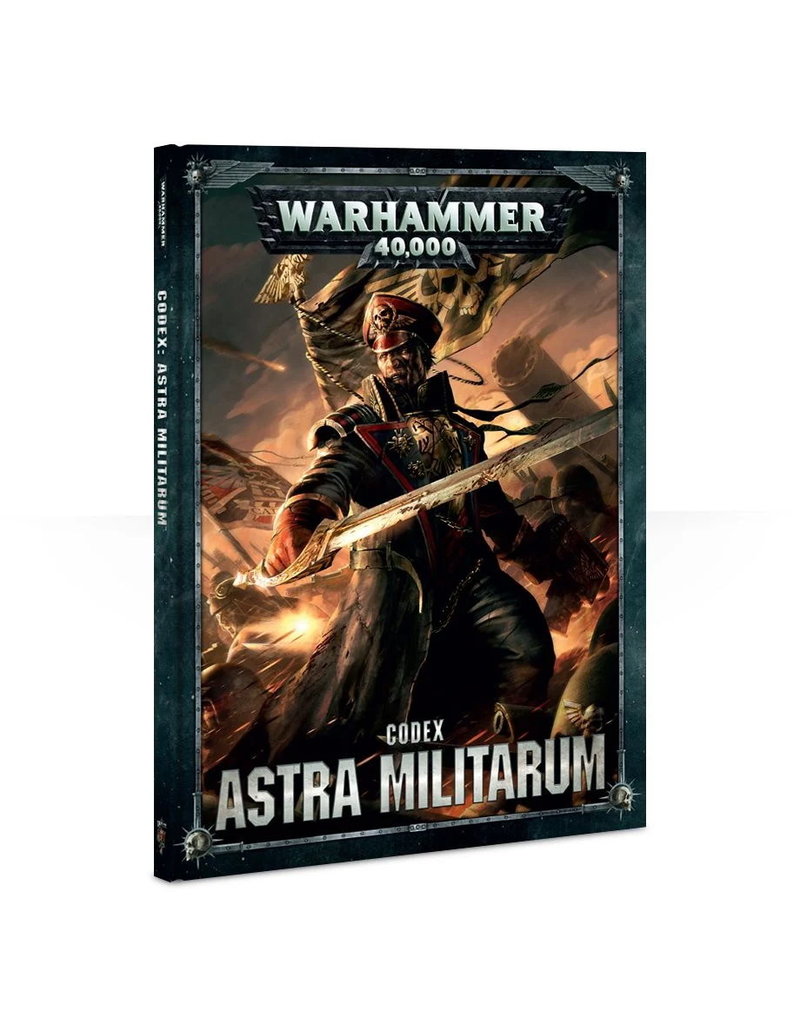 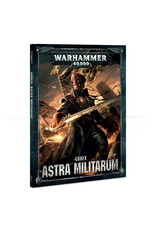 The Astra Militarum is the implacable military arm of the Imperium, and one of the largest forces in the galaxy. On thousands of battlefields scattered throughout the galaxy, the soldiers of the Astra Militarum march to war. They are the Hammer of the Emperor, who with faith, fury and sheer weight of numbers crush heretics and xenos alike beneath their boots. Massed ranks of Guardsmen unleash concentrated salvoes of las-blasts while officers bellow orders over the thunderous roar of tank and artillery fire.

- Hammer of the Emperor: the origins of the Astra Militarum – dating back to the Great Crusade – with details of their structure and organization, the methods of recruiting (some more humanitarian than others…), their training and deployment;
- A Galaxy of War: an annotated map of the current state of the galaxy, with key war zones where the Astra Militarum battle;
- Detailed background and color schemes of the Astra Militarum regiments of Cadia, Catachan, Armageddon, Vostroya, Vahalla and Tallarn;
- Regiments of Distinction: background on 12 regiments – Armageddon Ork Hunters, Athonian Tunnel Rats, Miasman Redcowls, Mordian Iron Guard, Tanith First and Only, Savlar Chem-Dogs, Ventrillian Nobles, Indigan Praefects, Mordant Acid-Dogs, Faeburn Vanquishers, Truskan Snowhounds and Vresh Grenadiers;
- Heroes Beyond Number: a history of the major battles fought by the Astra Militarum;
- Background and details on each character, vehicle and unit available to an Astra Militarum army;
- A showcase of beautifully painted Citadel miniatures, depicting the color schemes of several regiments painted by the renowned ‘Eavy Metal team – including expertly-converted models showing you how to represent the more esoteric regiments on the gaming table.

Everything you need to get an Astra Militarum army primed for games of Warhammer 40,000 is in here:

- 56 datasheets containing rules for every Astra Militarum unit and vehicle;
- Army abilities reflecting the Astra Militarum’s methods of war, including Astra Militarum Orders and Regimental Orders;
- Armory of the Imperium: wargear both ranged and close-combat used by the Astra Militarum;
- Points values for all miniatures, weapons and wargear for use in Matched Play games;
- Bulwark of Humanity: rules for Battle-forged armies:
- Regimental Doctrines for Cadian, Catachan, Valhallan, Vostroyan, Armageddon, Tallarn, Mordian, Militarum Tempestus Regiments;
- 6 unique Warlord Traits,
- 25 Stratagems, with 8 specific to the Regiments named above;
- the Heirlooms of Conquest: a selection of rare wargear;
- The Psykana psychic discipline, available to any Astra Militarum model with the Psyker keyword,
- 6 Warlord Traits for use by any Warlord, with a further specific to the above-named Regiments;
- 6 unique Tactical Objectives.