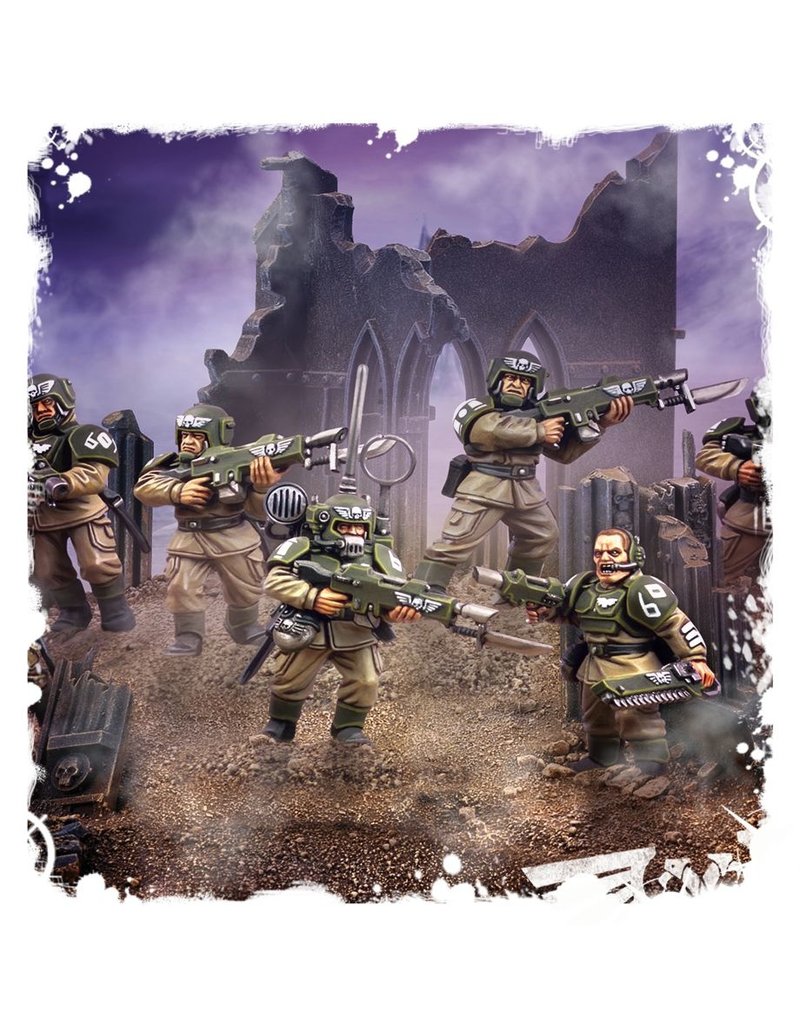 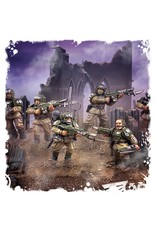 Infantry Squads form the backbone of the Astra Militarum, and countless billions of infantry soldiers fight and die for the Imperium. In the face of the enemy the serried ranks of the Imperial Guard are trained to stand firm and respond with a steady aim – when sergeants bellow the rank and file obey; backs stiffen and lasguns level with the foe. Opponents charging at Imperial Guard positions must first survive a blazing hail of lasfire, a fusillade that can stem the tide of all but the most determined assault.

This set contains 10 Guardsmen, and includes 5 leg variants, 7 head variants, 10 lasguns, 2 chainswords, 2 laspistols, 2 grenade launchers, 2 flamers and 2 Vox-casters. Also included are a host of additional accessories allowing you to assemble a Sergeant and customize your squad.

This kit is supplied as 98 plastic components and comes with 10 Citadel 25mm round bases.