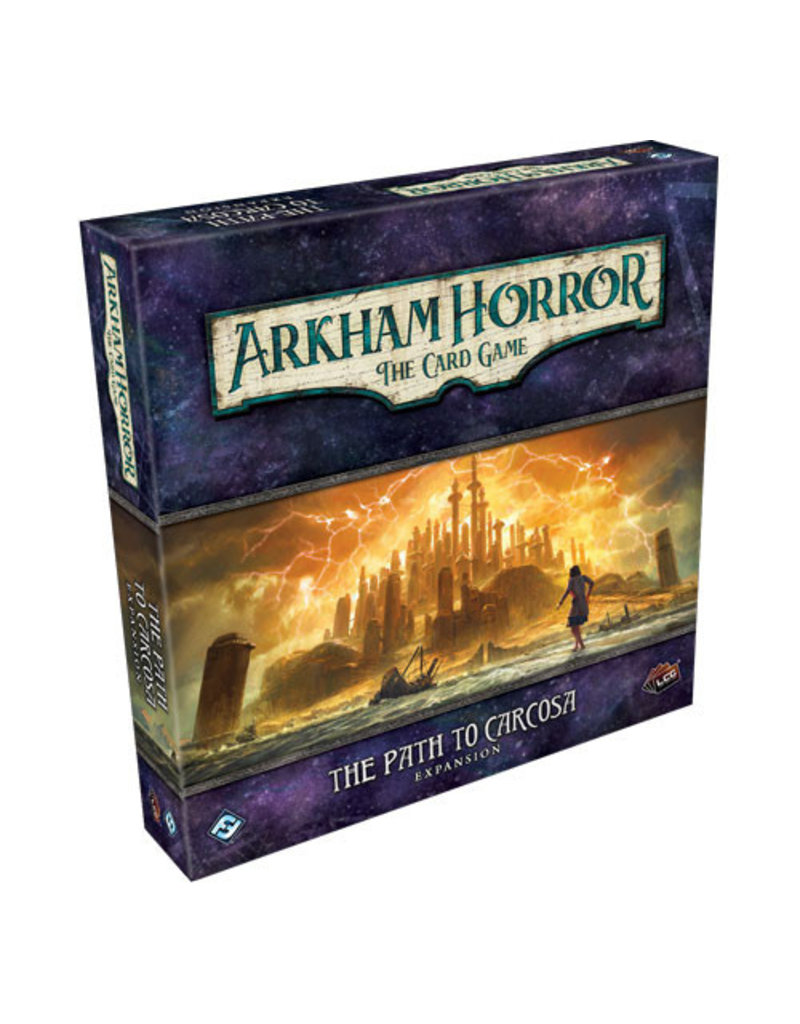 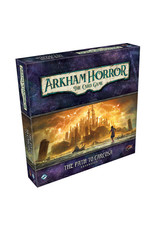 For weeks, the upcoming performance of The King in Yellow has been the talk of the town. But after researching the play's dark history, you are convinced something foul is at work. Disappearances. Suicides. Delusions. Insanity. Wherever The King in Yellow is performed, madness follows close behind. No connection has yet been proven, but that's never stopped you before.

In The Path to Carcosa, 1-4 investigators search for the truth about the notorious play, exploring the Ward Theatre and attending a formal dinner party hosted by the cast and crew. With every answer, the mystery only depeens and the investigators fall further into madness. This expansion contains the first two scenarios of The Path to Carcosa campaign as well as new investigator and player cards that increase the customization options of the game.

Arkham Horror: The Card Game is a cooperative card game in wich players take on the role of investigators unraveling a terrifying eldritch mystery.