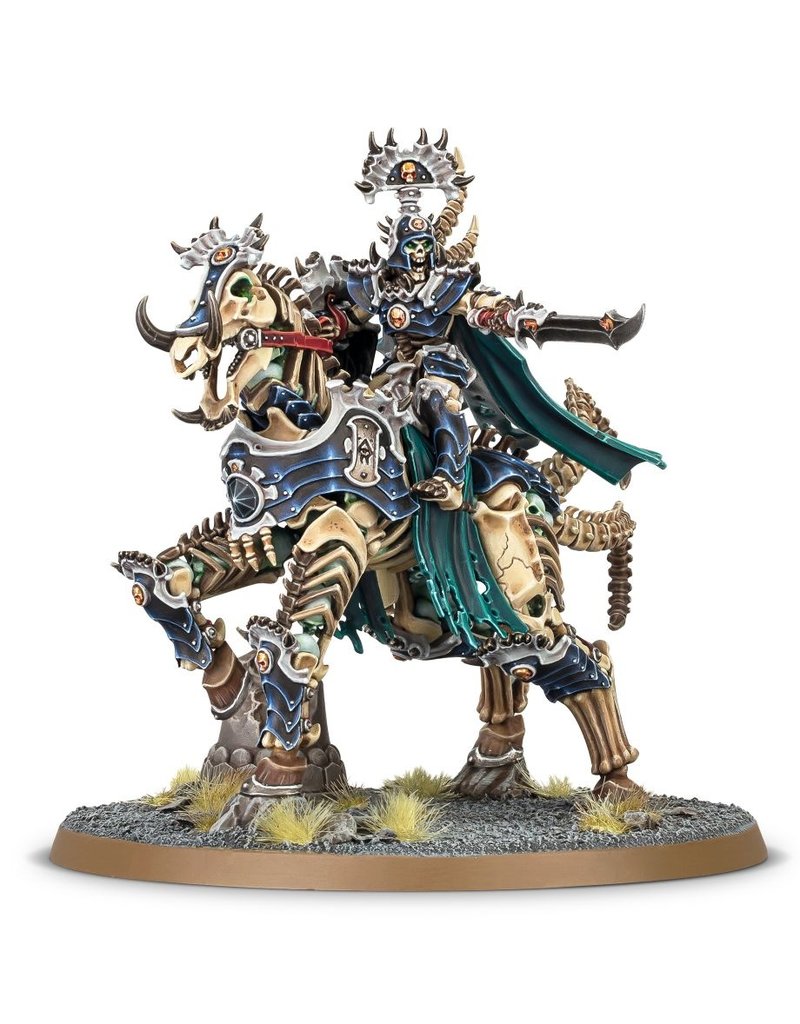 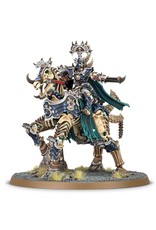 A Liege-Kavalos is a cavalry commander of uncanny skill and resilience. At a harsh order he can drive his Bonereapers to redouble their attack, hacking into the enemy ranks even as he fells dangerous foes with his commander’s blade and battle-shield.

Almost unstoppable on the charge, the Liege-Kavalos smashes the enemy into the ground and crushes them beneath the nadirite-shod hooves of its mount, inspiring nearby units to even greater acts of carnage.

This 46-part plastic kit makes one Arch-Kavalos Zandtos or one Liege Kavalos and is supplied with a 80mm Citadel round base.