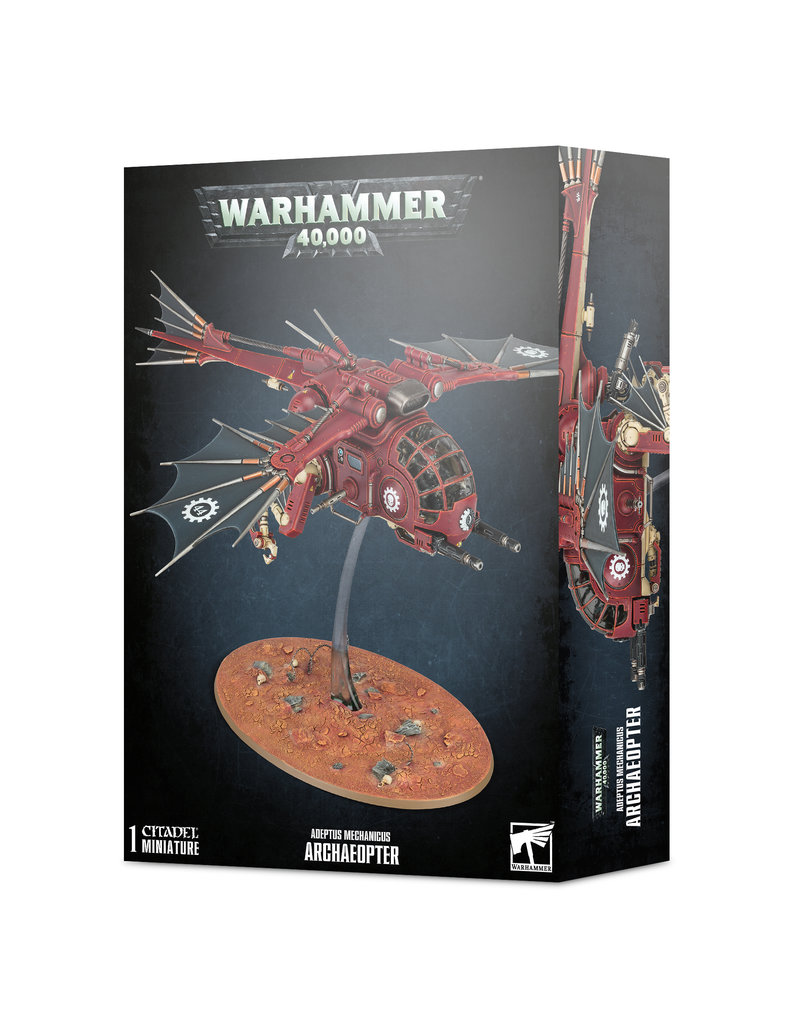 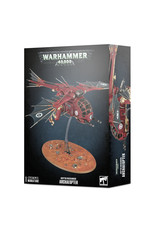 A workhorse not only of the toxic Martian skies, but of distant worlds at the forefront of the Tech-Priests' expansion for millennia, the Archaeopter is an agile fixed-wing aircraft. Piloted by a member of the Pteraxii caste, whose legs and scapuli superior are hardwired into its controls, the nano-carbon fibre-weave of the Archaeopter's wings is capable of morphing – a property it shares with the Pteraxii flight packs. This affords great maneuverability and enables it to operate within changing pressures as it undertakes explorator duties as well as delivering teams of lethal operatives behind enemy lines or into the heart of battle.

This kit can alternatively be used to build an Archaeopter Fusilave or Archaeopter Stratoraptor instead, meaning that regardless of which unit you assemble, you'll end up with plenty of spare components for customizing your collection.

This kit is supplied in 94 plastic components and is supplied with a Citadel 170mm x 109mm Oval Base and a Citadel 115mm Ball Stem with Tang Adapter.

Add your review
0 stars based on 0 reviews
40k preorder /