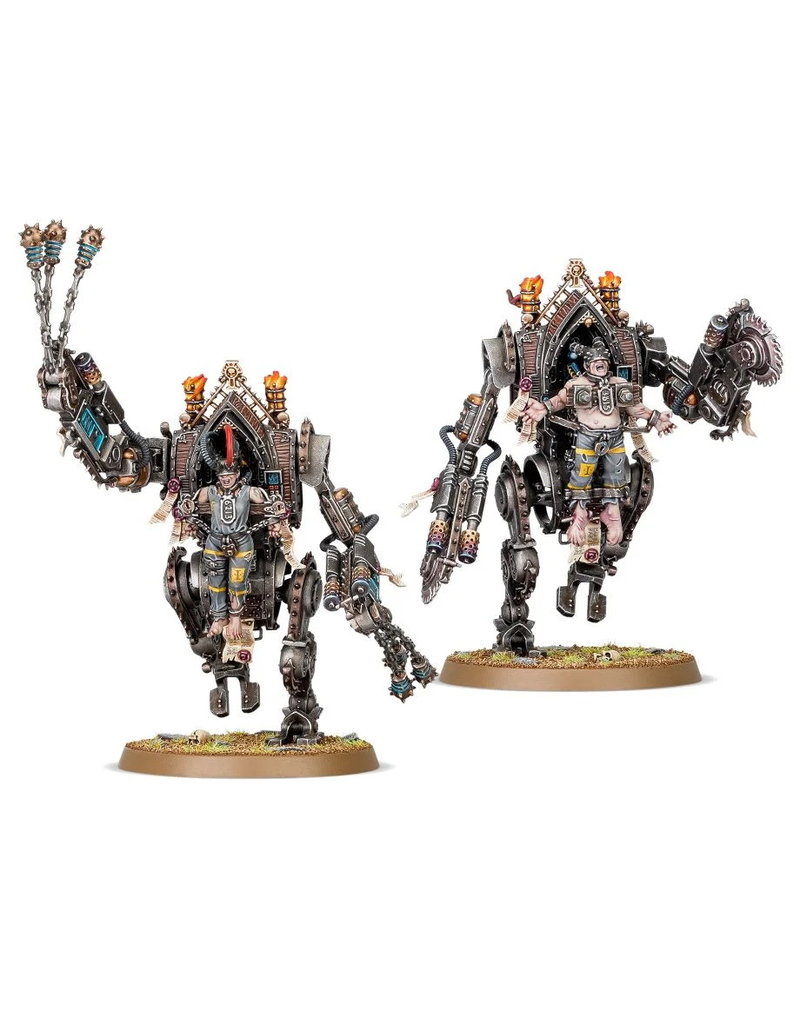 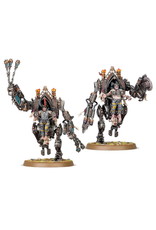 Penitent Engines charge towards the foe heedless of danger, knowing that only in death, theirs or the enemy’s, can absolution be earned. The arms of the engine, mounted with enormous flamers, blaze a trail of fiery destruction as it thunders forwards. Upon reaching the enemy, the chemical and synaptic inputs pumped into the pilot are altered, causing them to see their own face in the faces of their foes. Thrashing at those before it, each a reflection of their unfathomable guilt, they rampage through the enemy’s battle lines leaving death and carnage in their wake. Some engines bear adamantine-toothed buzz-blades that are capable of cleaving through plated tank armor, while others mangle flesh and pulverize bone with lashing swings of their multi-headed flails.

The kit comprises 126 components and includes all of the weapons and assembly options for all three variants. The model comes supplied with 2x Citadel 50mm Round Bases.